My indie releases of last year were made as entries to 3 short game jams.

In the April, I got trip to Berlin to visit A MAZE. As a part of this amazing indie video game festival, there was Berlin Mini Jam for a short (something like 8 hours) game jam as part of last festival's day. The theme was `The sky is really the limit` and made a game with same name. The sky really is the limit is a little philosophical sketch with a bit of nihilism, about people of different time and different places which asked themself metaphysic questions just by looking to the deepness of space above they heads, and how these questions changes throughout life.

In the August, was GMTK Game Jam from popular game analysis Youtube channel. It was one of the biggest global jams of last year and I was in. Theme was `only one`, 2 days and jam felt exactly as Ludum Dare. Finished with theonism – political satire game inspired by the events that was going in Russia same time when the jam was.

In the end of November happened Eco Jam Hackathon. I was hyped by the fact that jam took place in the GARAGE museum of modern art. So I visited Moscow for a weekend to participate in this jam. It was really inspiring experience, and at the end I has Waste Problem, city-building/clicker game that is touching the theme of garbage and it's utilization that really edge question in Russia right now.

Writing posts regularly does not work (as usual), and there is no need for it yet. In order not to completely disappear from the radar, I decided to write at the beginning of the year about my state of the mind.

Successfully moved to Unity. Fate of my previous Flash projects is pretty foggy. It is important  for me because "My Pocket Hobo" and "My Pocket Pony" are only games that produces any money – like about 30$ per month. Not much, I know, but it still better than nothing.

Made hyper casual game Hit Balls. May be I'll write the whole post (no) about what for I've made it and what results after all.

Got a new office job in a startup, making hyper casual games for mobile, trying to pay off investments. I think it almost the best option for me in the job market to do what I like.

Developing one new game prototype. I have ambitions to do a really original product, but it's still to early to judge about it. But who knows, sometimes I'm drop out my ideas...

From time to time I experience personal conflicts about my goals into game development. Most often it comes down to the classic issue of money versus art. But many other questions too often come up in my head – what products to invest own time, how much it is worth investing, how to find a balance with employment, and so on.

All also for a long time I experience long periods of decline and the rise of the motivation. I don’t even fighting with it, but I try to simply adapt to this inconstancy: when I rise, I try to keep it as long as possible; when the decline, I try to minimize losses and quick as possible return to a productive track. 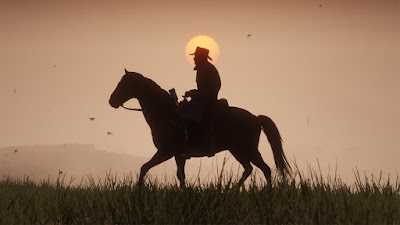 But most important personally for me is that gamedev still warms my heart. My love to it changes over time, but it so natural process. I wish everyone to continue to do their favorite things and that the new 2019th year was better than the previous one. Бороться трудно и удачу!